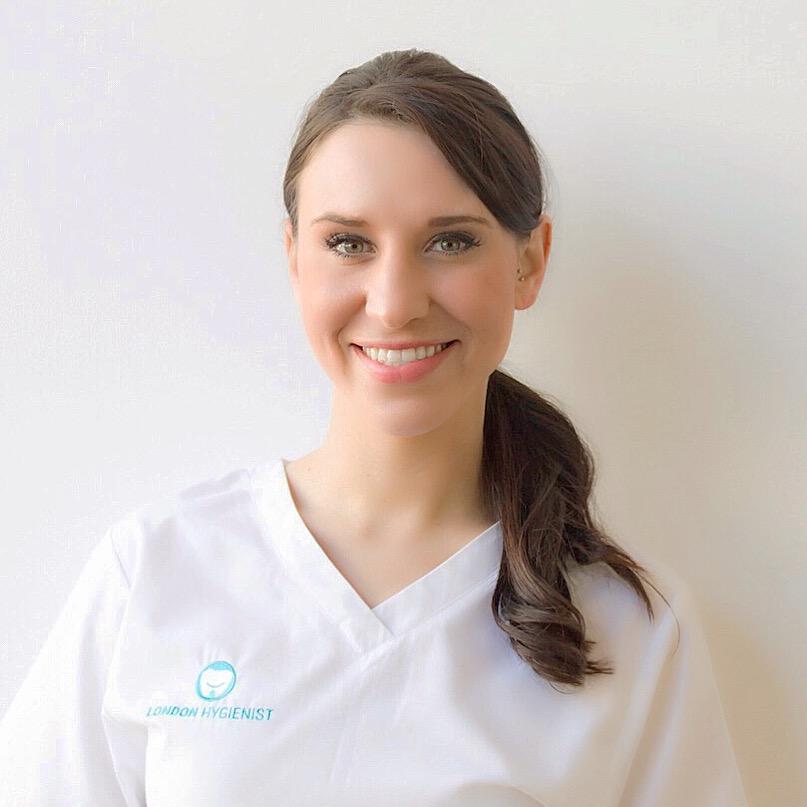 I often talk to parents of toddlers, and even some pre-schoolers, who tell me their little one still has a bottle at bedtime and/or through the night. Almost all say they would like to wean this habit but that the bottle is such an integral part of the sleep routine they are too scared to attempt it. Here is my step-by-step guide to becoming bottle-free.

Whilst parental apprehension around losing the bottle is entirely understandable – especially when sleep is already sufficiently challenging for a family to be in touch with a sleep consultant – it is often that the bottle itself is a big part of the problem. If a child relies on a bottle to fall asleep at bedtime, it can become something the little one feels they need in order to sleep. Children, even those that "sleep-through" (the worst phrase ever!), do wake - all humans do, multiple times each night in fact. It is a basic biological function which keeps us safe. When a child needs a certain thing in order to settle to sleep, it's a fair and reasonable expectation that they will need it at least a couple of times during the night. This is why I work with the parents of older toddlers who may still be drinking three bottles of milk overnight - the parents know their little one doesn't need this milk from a nutritional point-of-view, and often, the child's daytime appetite is adversely affected, but the comment I hear is always along the same lines: "we can't get her back to sleep without giving her the bottle". In these scenarios, the milk-feeds have become aligned with a child's waking as opposed to their hunger - and the waking is the thing that doesn't go over over time. In these scenarios, supporting the little one to fall asleep without the bottle is key - not just so the family can benefit from improved sleep, but also because bottle-use that extends well into the second year can have a number of other downsides.

The Department of Health recommends introducing your baby to a cup from around six months, with the aim of having ceased using bottles altogether by your little one’s first birthday. In fact, it’s not just bottles that experts say should be phased out by the end of the first year – cups with a non-spill valve, whilst likely to create less mess, inhibit a little one learning to sip rather than suck drinks. Ideally, valve beakers will be bypassed altogether with a little one starting off using a free-flow cup. For parents worried a 6 month-old with a free-flow cup is a recipe for mess, the two-handled versions offer little hands a greater level of control.

But even if there are some spillages whilst a little one gets to grips (literally!) with a sippy-cup, it really is worth positioning your child to be teat-free by the end of their first year. Award winning dental hygienist, Anna Middleton (the London Hygienist), explains why: “It’s not the sucking at a young age that is a problem - that is a child’s natural comfort mechanism. It is the frequency of sucking something over a number of years that causes problems, especially if it continues after the baby teeth have fallen out. Some of the problems that can arise include the top front teeth slanting out, the bottom front teeth tilting in, the upper and lower jaws being misaligned, and the roof of the mouth narrowing from side to side.”

Where a child has a strong sleep association with the bottle, there are often other issues which arise. A significant concern is where a little one falls asleep whilst drinking their bedtime bottle or almost immediately thereafter, with no teeth-brushing in between. This means they are spending the entire night with milk residue on their teeth. Whilst milk has many healthy qualities and is an essential part of a child’s diet, it is naturally high in sugar and teeth are particularly vulnerable at night, as Anna explains:

“Teeth are most at risk at night because there is less saliva in the mouth to protect them. At night time the milk will be in permanent contact bathing the teeth and children’s’ enamel is not as strong as adults’ enamel.  Water is the best drink to give at bedtime as milk contains naturally occurring sugar, just like fruit. When a child continually eats, snacks, and consumes drinks that have sugars and other carbohydrates, the bacteria in the mouth are fed and produce acid. This attacks the teeth which increases the chances of developing decay. This can cause pain, lead to dental abscess, and can put that child at a higher risk of decay in adulthood.

With all foods and drinks its not the amount of sugar or acid you have, it’s the frequency over which they are had. Keep these to meal times only to reduce the risk of decay. Start brushing as soon as the first tooth appears (usually at about 6 months of age), at least twice a day, especially at night with fluoride toothpaste as it will continue to protect the teeth while your child is asleep.”

It’s about more than teeth

It's not just teeth that can be affected when a child falls asleep with their bottle – their ears are at risk too. Whilst bottle-fed babies are always at higher risk of ear infections than their breastfed contemporaries, the risk is particularly high if a little one drinks from a bottle whilst lying down. This is because as a child sucks and swallows in a horizontal position, fluid (and germs) flow from the throat into the open tubes of the inner ear which can cause infection. In my experience, whilst very few parents would allow their baby to take a bottle lying down, as little ones enter toddlerhood, this practice becomes more common.

Around their first birthday is when many little ones are starting to walk. Once a child is toddling around the place, he is likely to take his bottle with him. Continual sipping between meals will affect both his teeth and his appetite. After the first year, food rather than milk should be a child’s primary source of nutrition. There is good evidence that toddlers who are still drinking from a bottle tend to drink more than the recommended intake of milk for their age. This can lead to deficiencies in key minerals such as iron (and in turn, iron-deficient children often have sleep issues). Furthermore, research has demonstrated a link between prolonged bottle-use and obesity with children who are still drinking from a bottle on their second birthday being 30% more likely to be obese aged 5 and a half.

Sometimes parents will have replaced the contents of the bottle with juice – unfortunately this is just as bad for teeth. Anna’s expert take on this is: “Even unsweetened, diet and reduced-sugar juices and smoothies contain sugar and acids. Never put them in feeding bottles. If your child is thirsty, best to give them water, rather than encouraging the taste for something sweet. Diluted fruit juice (1-part juice, 10 parts water) can be given to children after 6 months but keep this to meal times only. Undiluted juice/smoothies are ok after but only after 5 years old and should be kept to no more than 150ml, again with a meal only. As for fizzy drinks, it’s a no from me”.

As daunting as losing the bottle may appear, there is little positive benefit to a little one retaining their bottle as they head into their second year. In fact, children go through a particularly acute phase of development between 15 and 18 months where they cling tightly to security items and the bottle is likely to be high on the list if it still features during this key period. For this reason, parents will have an easier time weaning their little one from the bottle around their first birthday and certainly before 15 months. It may be helpful to replace it with another security item such as a soft toy or comforter.

If your little one is 12 months (or older), here is my advice for weaning the bottle…

If your little one is very attached to his bedtime and you know deep-down that it’s how he knows falling asleep to be, it is going to take a little more work to become bottle-free. This is because your child won’t yet know a different way of falling asleep. This is where gentle sleep-coaching can provide you with the tools and support to guide your child through this transition.

Once you have built your child’s sleep skills so that he can confidently fall asleep in a different way, you can either go straight to offering his milk in a cup earlier in his bedtime routine (and always before brushing his teeth), or continue to use the bottle short-term but steadily reduce the amount of milk in the bottle – by at least 50ml every couple of days. Once you are down to the equivalent of a cup-full then switch to offering it in a cup.

As soon as you have eliminated the bedtime bottle, throw away every bottle that you own! Do not be tempted to keep one “for emergencies” or that your little one might happen upon. Removing the bottle can take weeks but once the switch has been made, it’s a huge milestone under your belt. Children adapt remarkably quickly but consistency is key – if you revert to a bottle in desperation to resettle a 3am wake up or avert a particularly intense meltdown, the boundary has moved, which is confusing for a child. Intermittent bottle-use will, inevitably, create more crying that a firm line that when it's gone, it's gone. Weaning the bottle for children over a year is almost universally advised for all of the reasons discussed in this article and whilst resorting to offering it may be the path of least resistance in the short-term, it will only make it harder on your child the next time you try to remove it. It's one of those scenarios when you have to trust that your life-experience and appreciation of the downsides of continued bottle-use - even if that means upsetting your child in the short-term. I can tell you, with absolute confidence, that of all the families I have supported to ditch the bottle, and there have been hundreds, not a single one has found the process as hard as they expected!

This article was written with much appreciated expert input from Anna Middleton, London Hygienist. Read more about Anna below and see the links to her website and social media pages.

Anna is a dedicated and passionate award-winning dental hygienist. She started her business 'London Hygienist' with the mission to change the way oral health care is delivered to patients.

Anna studied at The Eastman Dental Hospital after working as a dental nurse, and graduated in 2015 from the Faculty of Royal College of Surgeons. Since qualifying Anna has attracted an ever-growing and loyal customer base from the public, press and celebrities alike. This – along with her superior and unrivalled dental service in the heart of London - means Anna is regarded as one of the most popular and sought-after hygienists in London and a rising star within the industry.

Anna is a key opinion leader for Philips, an oral health panel expert at Compare The Treatment and an ambassador for the British Society of Hygienists and Therapists.